Boek: A brief History of Japan; Samurai, Shogun and Zen: The Extraordinary Story of the land of the Rising Sun 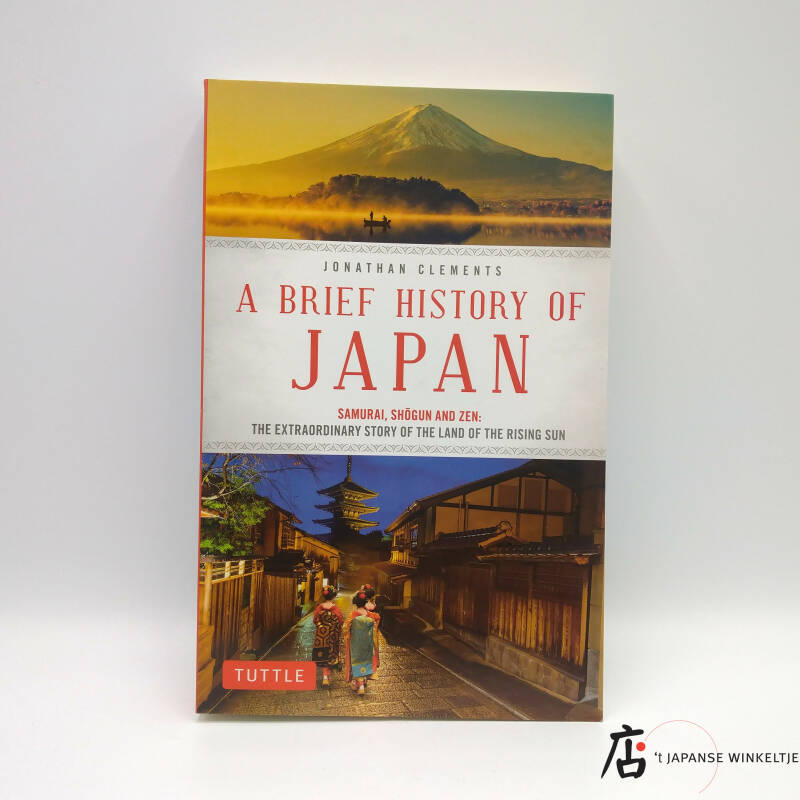 This fascinating book tells the story of Japan from its ancient teenage prienst-queens to its modern hordes of salarymen - a nation that once sought to conquer China, then shut itself away from the rest of the world for two centuries.
Encompassing 7000 islands, Japan has the fourth largest GDP and the tenth largest population in the world. It is a country of paradoxes-an advanced nation steeped in ancient tradition; a thriving democracy with an emperor as head of stat; a famously sexure society sitting on a volatile earthquake zone. Despite a reputation for cutting edge technology and overcrowded cities, three-quarter percent of its land is uninhabited mountains and forests. First revealed to the West by Marco Polo, Japan was a legendary land defended by fearsome Kamikaze storms and ruled by a divine sovereign. It was the ultimate terminus of the Silk Road, the edge of the known world-and an enduring symbol of the mysterious East. In recent times, it has become a powerhouse of global industry, a nexus of hip-hop culture, and a harbinger of post-modern decline.